I love all things Harry Potter. I’ve read the books, seen the movies, and yes, I even got the T-shirt (and the socks… and the purse… and deathly hallows charm that hangs on my rearview mirror… and, well, you get the picture).

Of course, like any good fan, I have been sorted into my Hogwarts House. (I am a Gryffindor, thankyouverymuch.)

I don’t, however, need to take any of those “Which Harry Potter Character Are You?” quizzes that pop up on my social media feed. I already know, without a doubt, which character I am.

So, which one is it? Brave and determined leader Harry Potter? Wise and guiding Dumbledore? Snarky yet devoted Snape? Nope. None of the above.

I am Molly Weasley. 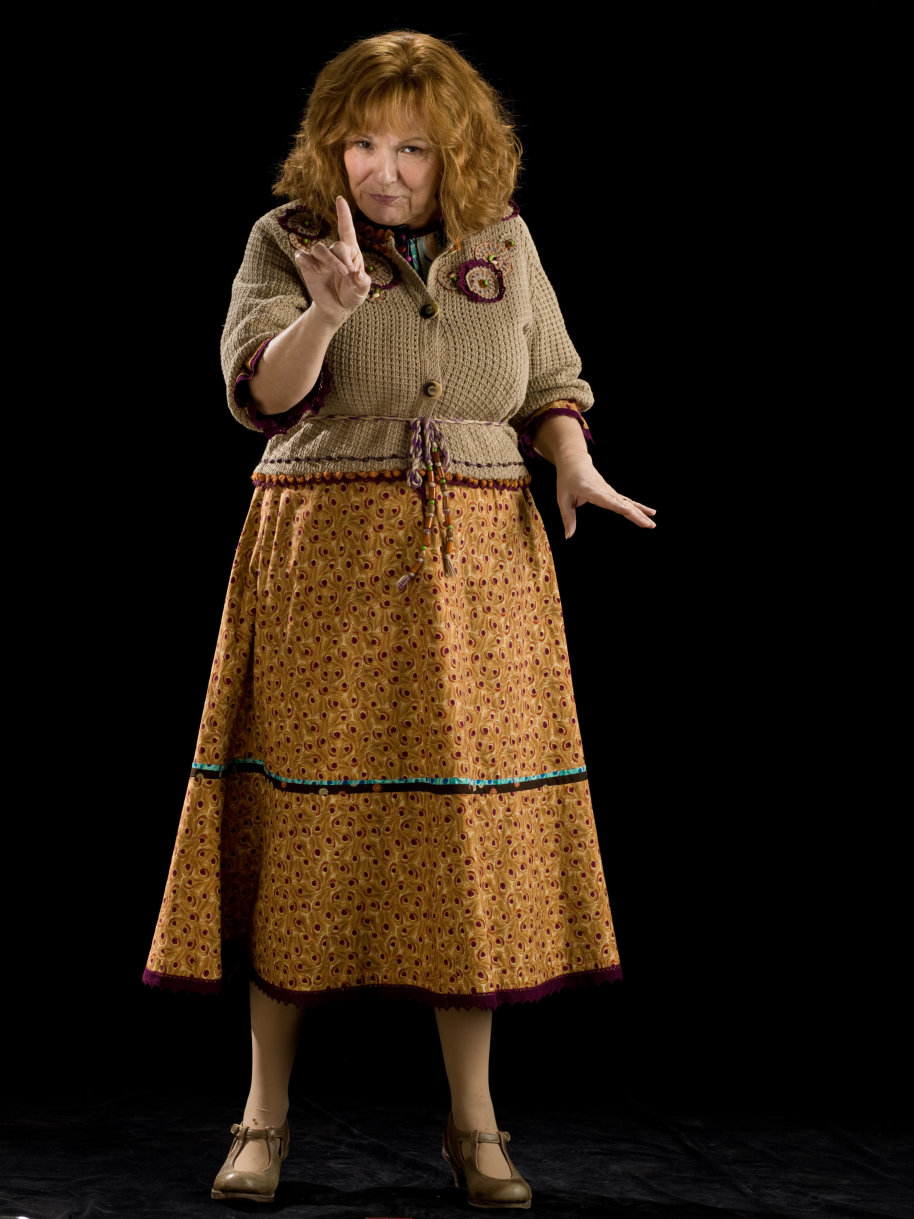 Not quite the leading lady that would show up on one of those quizzes, I know. But Molly and me? We are pretty much kindred spirits.

We each have a gaggle of kids.

We each take our place as the matriarch of a large family consisting of all sons with one beautiful, intelligent, feisty daughter in the mix.

My house is the muggle version of The Burrow.

Like Molly, I make my home in a cluttered house full of tiny rooms, bursting at the seams with kids, pets, and stuff galore.

There are always extra kids hanging around.

When you’ve already got a gaggle of kids, what is the difference if a few more show up at the dinner table? If we are heading out, I will gladly toss them in my (slightly less bewitched) car and bring them along for the trip.

Hand-me-downs galore! Molly flits around Diagon Alley’s version of a consignment shop at the beginning of each Hogwarts school year, buying her kids second-hand books and robes. I would say my beginning of the school year consigning is less magical, but a good deal is simply magical, whether it involves a wand or not.

The housework is never ending.

Molly and I are both up to our eyeballs in housework. There is never any end to the cooking, cleaning, and keeping up with kids… though I am more than a bit jealous that Molly can just wave her wand at her load of laundry.

OK, this one is a bit of a guess, but the woman owns a book called Charm Your Own Cheese, which would 100% be on my bookshelf if I were magical. This may also be why we could both be described as a bit plump… but come on now, who isn’t easily charmed by a delicious cheese!

We know how to throw a party.

When we celebrate our kids, we celebrate big and we celebrate loud. The magical tents she erected for her son’s wedding look a bit more like bounce houses around here, but the celebration is just as joyous! (The ministry may have fallen during her party, but my kid fell at mine. Make no mistake, a broken arm at a birthday party can cause just as much chaos as the Ministry of Magic falling during a wedding.)

We always know where everyone is.

All it takes is one glance at the Weasley Clock for Molly to know the whereabouts of each of her family members. The Greenstein Clock is more of a “Google Calendar,” but… same difference.

We take great pride in our kids’ accomplishments and aren’t afraid to push them when they need it. Leading right in to…

We aren’t afraid to send howlers.

Molly’s discipline may be a little more jinx-and-hex heavy than my own, but our kids know when they have crossed the line! My kids just have to wait until they get to the car after school to get an earful. I am sure they are quite grateful there are no screeching red envelopes flying over to their lunch tables!

Speaking of an earful…

Molly used the only bad word in the eight-movie “Harry Potter” arc when she was defending her daughter. We really are kindred spirits, I tell you (this muggle-mama may have a bit of a potty mouth).

We are fiercely devoted to our kids.

But this goes without saying for any mom, whether you identify as Molly or not!

What about you? Which “Harry Potter” character do you identify with most?